Elyse and John had a perfect love. It seemed that nothing could shake their devotion to one another and their future seemed very bright. Then one day in the early morning hours something happend that would forever change their lives. Would they be able to weather the storm that brought them to this place?

This is the story of a town's love affair with its team and the colorful characters who have worn the Rochester flannels over the years. Taking us back to the early nineteenth century when the game was played in the meadows and the streets of Rochester, New York, the authors retrace the careers of the managers and players who honed their skills in the old ballpark at 500 Norton Street. The many greats who played for the Red Wings-Stan Musial, Bob Gibson, Boog Powell, Eddie Murray, Cal Ripken, Jr., and Jim Palmer-are among those brought to life in a story rich with quirky performances and poignant moments.

Taking us back to the early nineteenth century, when baseball was played in the meadows and streets of Rochester, New York, Silver Seasons and a New Frontier retraces the careers of the players and managers who honed their skills at Silver Stadium and later at Frontier Field. The many greats who played for the Rochester Red Wings—Stan Musial, Cal Ripken, Jr., Bob Gibson, Boog Powell, Jim Palmer, Eddie Murray, and Justin Morneau—are among those brought to life in this story rich with quirky performances and poignant moments. This updated version of Silver Seasons: The Story of the Rochester Red Wings, published in 1996, includes three new chapters covering the team’s record-setting tenth International League championship, being named top minor league franchise by Baseball America, and their new affiliation with the Minnesota Twins.

When Pedro Martinez won his first Cy Young Award with the Boston Red Sox in 1999 many people in the baseball world claimed it to be one of, if not, the greatest pitching achievement of all-time. Though a remarkable campaign it hardly ranks as the greatest ever. This book lists in order the top 150 pitching performances for a single season between the years 1900-1999. Based on the grading system developed for this book Pedro’s season ranks as the 45th best season for a pitcher. Who is the greatest pitcher in the history of baseball? Is it Walter Johnson or Christy Mathewson? Some may argue for Roger Clemens or Nolan Ryan. The debate as to the best ever will continue but the chapter comparing pitchers of today and yesteryear will offer some new insights. This book will truly interest the baseball enthusiast because it offers clear and interesting data. Plus the measuring stick used for the rankings is not based on opinion, potential or favoritism but rather on fair and unbiased criteria. Eighty-seven pitchers (biographies included), from the famous to the one season wonders, make up the list of the greatest 150 pitching seasons. Included as well are brief summaries of an additional 130 pitchers.

Weary from the journalistic treadmill of "going from one assignment to the next, like an itinerant fieldworker moving to his harvests" and healing from a divorce, Douglas Bauer decided it was time to return to his hometown. Back in Prairie City, he helped on his father's farm, scooped grains at the Co-op, and tended bar at the Cardinal. The resultant memoir is a classic picture of an adult experiencing one's childhood roots as a grown-up and testing whether one can ever truly go home again. Bauer grew up "awkward with soil and with machines" in a small town east of Des Moines, As a teenager, he left the farm for college life twenty miles away and, after graduation, took a job with Better Homes and Gardens in Des Moines, writing in the junk-mail fictional persona of "Barbara Joyce,"asking millions of people to subscribe. After a few years he moved to Chicago to work as an editor and writer for Playboy and eventually as a freelance journalist. In the summer of 1975, he returned home to attend his grandmother's funeral and by autumn he moved back to Prairie City, where he stayed for the next three seasons. Bauer's book is neither a wistful nostalgia about returning to a simpler time and place nor a patronizing look at those who never leave the town in which they were born. What emerges is an unsentimental yet loving account of life in the Midwest. Not just a portrait of Prairie City, Iowa, but of everyone's small town, everywhere. 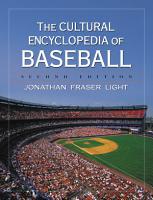 More than any other sport, baseball has developed its own niche in America’s culture and psyche. Some researchers spend years on detailed statistical analyses of minute parts of the game, while others wax poetic about its players and plays. Many trace the beginnings of the civil rights movement in part to the Major Leagues’ decision to integrate, and the words and phrases of the game (for example, pinch-hitter and out in left field) have become common in our everyday language. From AARON, HENRY onward, this book covers all of what might be called the cultural aspects of baseball (as opposed to the number-rich statistical information so widely available elsewhere). Biographical sketches of all Hall of Fame players, owners, executives and umpires, as well as many of the sportswriters and broadcasters who have won the Spink and Frick awards, join entries for teams, owners, commissioners and league presidents. Advertising, agents, drafts, illegal substances, minor leagues, oldest players, perfect games, retired uniform numbers, superstitions, tripleheaders, and youngest players are among the thousands of entries herein. Most entries open with a topical quote and conclude with a brief bibliography of sources for further research. The whole work is exhaustively indexed and includes 119 photographs.

A fresh examination of how the seasons are depicted in medieval literature. 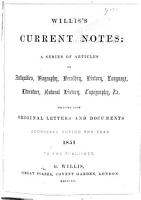 Reprint of the original, first published in 1869.

2020 SABR Baseball Research Award Last Seasons in Havana explores the intersection between Cuba and America’s pastime from the late 1950s to the early 1960s, when Fidel Castro overthrew Cuban dictator Fulgencio Batista. César Brioso takes the reader through the triumph of the revolution in 1959 and its impact on professional baseball in the seasons immediately following Castro’s rise to power. Baseball in pre?Castro Cuba was enjoying a golden age. The Cuban League, which had been founded in 1878, just two years after the formation of the National League, was thriving under the auspices of organized baseball. Throughout the first half of the twentieth century, players from the Major Leagues, Minor Leagues, and Negro Leagues had come to Cuba to play in the country’s wholly integrated winter baseball league. Cuban teams had come to dominate the annual Caribbean Series tournament, and Havana had joined the highest levels of Minor League Baseball, fielding the Havana Sugar Kings of the Class AAA International League. Confidence was high that Havana might one day have a Major League team of its own. But professional baseball became one of the many victims of Castro’s Communist revolution. American players stopped participating in the Cuban League, and Cuban teams moved to an amateur, state?sponsored model. Focusing on the final three seasons of the Cuban League (1958–61) and the final two seasons of the Havana Sugar Kings (1959–60), Last Seasons in Havana explores how Castro’s rise to power forever altered Cuba and the course of a sport that had become ingrained in the island’s culture over the course of almost a century.