This ground-breaking work explores the lives of average soldiers from the American Revolution through the 21st-century conflicts in Afghanistan and Iraq. • Provides readers with an understanding of the daily lives of soldiers in America's wars, greatly complementing more standard histories of battles and leaders • Offers a curated collection of primary sources for each conflict that illuminates the daily lives of US soldiers during wartime • Includes detailed bibliographies that offer many accessible sources needed by students and researchers looking to further explore the topics • Provides a comprehensive chronology for each conflict that helps readers to place it within the proper historical context • Spans nearly 250 years of national history from the American Revolution to the Afghanistan War

This work has been selected by scholars as being culturally important, and is part of the knowledge base of civilization as we know it. This work was reproduced from the original artifact, and remains as true to the original work as possible. Therefore, you will see the original copyright references, library stamps (as most of these works have been housed in our most important libraries around the world), and other notations in the work. This work is in the public domain in the United States of America, and possibly other nations. Within the United States, you may freely copy and distribute this work, as no entity (individual or corporate) has a copyright on the body of the work. As a reproduction of a historical artifact, this work may contain missing or blurred pages, poor pictures, errant marks, etc. Scholars believe, and we concur, that this work is important enough to be preserved, reproduced, and made generally available to the public. We appreciate your support of the preservation process, and thank you for being an important part of keeping this knowledge alive and relevant.

Amid a great collection of scholarship and narrative history on the Revolutionary War and the American struggle for independence, there is a gaping hole; one that John Ferling's latest book, Whirlwind, will fill. Books chronicling the Revolution have largely ranged from multivolume tomes that appeal to scholars and the most serious general readers to microhistories that necessarily gloss over swaths of Independence-era history with only cursory treatment. Written in Ferling's engaging and narrative-driven style that made books like Independence and The Ascent of George Washington critical and commercial successes, Whirlwind is a fast-paced and scrupulously told one-volume history of this epochal time. Balancing social and political concerns of the period and perspectives of the average American revolutionary with a careful examination of the war itself, Ferling has crafted the ideal book for armchair military history buffs, a book about the causes of the American Revolution, the war that won it, and the meaning of the Revolution overall. Combining careful scholarship, arresting detail, and illustrative storytelling, Whirlwind is a unique and compelling addition to any collection of books on the American Revolution.

John André was head of the British Army’s Secret Service in North America as the Revolutionary War entered its most bitter and, ultimately, decisive phase. In 1780, he masterminded the defection of a high-ranking American officer—General Benedict Arnold. Arnold—his name for ever synonymous with treason in American folklore—had recently been appointed commander of West Point and agreed, through André, to turn over to the British this strategically vital fort on the upper reaches of the Hudson River. Control of the fort would interrupt lines of communication between New England and the southern colonies, seriously impeding military operations against the British. The plan was also to simultaneously kidnap General George Washington, Commander-in-Chief of the Continental Army. By these two masterstrokes, the British believed they could end rebel resistance. The secret negotiations between Arnold and André were protracted and fraught with danger. Arnold’s new wife, Peggy became the go-between in the negotiations. Arnold insisted that, to complete negotiations, he and André must meet face to face. At the dead of night on September 21st 1780 the two rendezvoused in no-man’s-land. Sir Henry Clinton, commander of British forces in North America and André’s immediate superior, agreed to this meeting but with three strict conditions: that André not go within the American lines; that he remain in uniform; and that he carry away from the meeting no incriminating papers. Thus, if caught, André could not be treated as a spy. Yet, when André was captured forty-eight hours later, he was within American lines, had changed into civilian clothes and was carrying maps of West Point hidden in his boots. The Americans had no option other than to treat him as a spy, especially when he himself admitted this. He was convicted by military tribunal and hanged—his death lamented both in America and England. While biographers agree on the facts of this tragic episode, they disagree on André’s motives and why he chose to sacrifice himself. This new biography of André puts forward a new answer to this mystery—not only why he acted as he did, but how he wished others to see his actions. 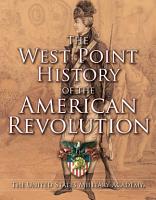 Warfare in colonial North America: paths to revolution / Samuel J. Watson -- The origins of the American Revolution and the opening moves / Edward G. Lengel -- From defeat to victory in the north: 1777-1778 / Edward G. Lengel -- The war in Georgia and the Carolinas / Stephen Conway -- Yorktown, the peace, and why the British failed / Stephen Conway -- To the Constitution and beyond: creating a national state / Samuel J. Watson

Setting the World Ablaze is the story of the three men who, perhaps more than any others, helped bring the United States into being: George Washington, John Adams, and Thomas Jefferson. Braiding three strands into one rich narrative, John Ferling brings these American icons down from their pedestals to show them as men of flesh and blood, and gives us a new understanding of the passion and uncertainty of the struggle to form a new nation. A leading historian of the Revolutionary era, Ferling draws on an unsurpassed command of the primary sources and a talent for swiftly moving narrative to give us intimate views of each of these men. More than any scholar before him, Ferling shows us both the overarching historical picture of the era and a gripping sense of how these men encountered the challenges that faced them. At close quarters, we see Washington, containing a profound anger at British injustice within an austere demeanor; Adams, far from home, struggling with severe illness and French duplicity in his crucial negotiations in Paris; and Jefferson, distracted and indecisive, confronting uncertainties about his future in politics. John Adams, in particular, emerges from the narrative as the most underappreciated hero of the Revolution, while Jefferson is revealed as the most overrated of the Founders, although the most eloquent. Setting the World Ablaze shows in dramatic detail how these conservative men--successful members of the colonial elite--were transformed into radical revolutionaries, and in doing so, it illuminates not just the special genius of these three leaders, but the remarkable transformation of His Majesty's colonies into the United States.