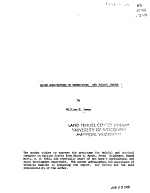 Southeast Asia: A Region in Transition, first published in 1991, is a contemporary human geography of the ‘market’ economies of the region usually defined by membership of the Association of Southeast Asian Nations (ASEAN). Organized thematically, the chapters deal with the environment and development, plural societies, agrarian change and urbanization. This thematic approach provides a comprehensive picture of the ASEAN countries and gives a depth of coverage often lacking in other regional geographies. With a detailed introduction dealing with the physical environment and history of the region, this work will be of great value to students studying the human geography of Southeast Asia, as well as those with a more general interest in the issues and developments affecting the ASEAN region.

Rural areas and rural people have been centrally implicated in Southeast Asia's modernisation. Through the three entry points of smallholder persistence, upland dispossession, and landlessness, this Element offers an insight into the ways in which the countryside has been transformed over the past half century. Drawing on primary fieldwork undertaken in Laos, Thailand and Vietnam, and secondary studies from across the region, Rigg shows how the experience of Southeast Asia offers a counterpoint and a challenge to standard, historicist understandings of agrarian change and, more broadly, development. Taking a rural view allows an alternative lens for theorising and judging Southeast Asia's modernisation experience and narrative. The Element argues that if we are to capture the nature – and not just the direction and amount – of agrarian change in Southeast Asia, then we need to view the countryside as more than rural and greater than farming.

More than the Soil focuses on the social, cultural, economic and technological processes that have transformed rural areas of Southeast Asia. The underlying premise is that rural lives and livelihoods in this region have undergone fundamental change. No longer can we assume that rural livelihoods are founded on agriculture; nor can we assume that people envisage their futures in terms of farming. The inter-penetration of the rural and urban, and the degree to which rural people migrate between rural and urban areas, and shift from agriculture to non-agriculture, raises fundamental questions about how we conceptualise the rural Southeast Asia and the households to be found there.

Since the 1960s, Southeast Asia's agricultural sector has experienced phenomenal growth, with increases in production linked to an energy-intensive capitalization of agriculture and the rapid development of agrifood systems and agribusiness. Agricultural intensification and territorial expansion have been key to this process, with expansion of areas under cultivation playing an unusually important role in the transformation of the countryside and livelihoods of its inhabitants. Borneo, with vast tracts of land not yet under crops, has been the epicenter of this expansion process, with rubber and oil palm acting as the spearhead. Indonesia's Kalimantan provinces and the Malaysian states of Sabah and Sarawak have all undergone major changes but the time frames have varied, as have the crops involved. Agricultural expansion in Borneo is both an economic and a political process, and it has brought about profound socio-economic transformations, including deforestation, and development of communication networks. There has also been rapid population growth, much faster than in either Indonesia or Malaysia as a whole, with attendant pressures on employment, housing and social services. Until the end of the 20th century, agricultural expansion in Indonesia and Malaysia was largely state driven, with the goal of poverty reduction. Subsequently, as in Borneo, boom crop expansion has been taken over by private corporations that are driven by profit maximization rather than poverty reduction.

"The symposium on Montane Mainland Southeast Asia in Transition was held in Chiang Mai, Thailand on November 12-16, 1995 ... The symposium was organized by the CMU-consortium, a collection of research groups within Chiang Mai University, in collaboration with a number of national institutions ..."--Page [1]. 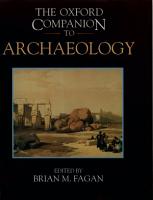 Features articles written by archaeology scholars on such topics as bog bodies, underwater archaeology, the Pyramids of Giza, and the Valley of the Kings

This book examines social and natural environmental changes in present-day Laos and presents a new research framework for environmental studies from an interdisciplinary point of view. In Laos, after the Lao version of perestroika, Chintanakaan Mai, in 1986, for better or worse, rural development and urbanization have progressed, and people’s livelihoods are about to change significantly. Compared to those of the neighboring countries of mainland Southeast Asia, however, many traditional livelihoods such as region-specific/ethnic-specific livelihood complexes, which combined traditional rice farming with a variety of subsistence activities, have been carried over into the present in Laos. The biggest challenge this book presents is to elucidate livelihood strategies of people who cope successfully with both social and environmental changes and to illustrate how to maintain this rich social and natural environment of Laos in the future. The book includes chapters on social, cultural, and natural concerns and on ethnicity, urbanization, and regional development in Laos. All chapters are based on original data from field surveys. These data will greatly contribute not only to local studies in Laos but also to environmental studies in developing countries.

This edited volume introduces dynamic approaches to the study of Southeast Asia’s environmental diversity from different disciplinary perspectives at the interface between the natural and social sciences. It brings together research on the region’s environmental resource use and shared ecological challenges in the context of present day globalization to offer insights for possible future directions. The book introduces unique approaches to the study of Southeast Asia’s environmental changes and resource management under the influence of intensifying economic change in the region. It also examines the slow erosion of Southeast Asia’s rich environment and addresses serious issues such as the decrease in biodiversity and tropical forests, and the degradation of peat lands. At the same time, it discusses the social issues that are tied to energy-dependent growth and have intensified over the last two decades. It also analyzes the new roadmaps being created to protect, conserve, and manage the environment. By investigating the many ecological issues surrounding us, the volume brings to light the constant struggles we face while trying to develop a more inclusive and equitable approach to natural resources governance. This volume is relevant for students, academics and researchers who have an interest in the Southeast Asian environment and the way in which we use and interact with it. 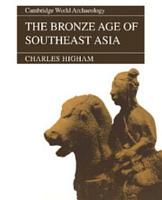 This book addresses the controversy over the origins of the Bronze Age of Southeast Asia. Charles Higham provides a systematic and regional presentation of the current evidence. He suggests that the adoption of metallurgy in the region followed a period of growing exchange with China. Higham then traces the development of Bronze Age cultures, identifying regionality and innovation, and suggesting how and why distinct cultures developed. This book is the first comprehensive study of the period, placed within a broader comparative framework.

The study of the prehistory of East Asia is developing very rapidly. In uncovering the story of the flows of human migration that constituted the peopling of East Asia there exists widespread debate about the nature of evidence and the tools for correlating results from different disciplines. Drawing upon the latest evidence in genetics, linguistics and archaeology, this exciting new book examines the history of the peopling of East Asia, and investigates the ways in which we can detect migration, and its different markers in these fields of inquiry. Results from different academic disciplines are compared and reinterpreted in the light of evidence from others to attempt to try and generate consensus on methodology. Taking a broad geographical focus, the book also draws attention to the roles of minority peoples – hitherto underplayed in accounts of the region’s prehistory – such as the Austronesian, Tai-Kadai and Altaic speakers, whose contribution to the regional culture is now becoming accepted. Past Human Migrations in East Asia presents a full picture of the latest research on the peopling of East Asia, and will be of interest to scholars of all disciplines working on the reconstruction of the peopling of East and North East Asia.

"Past, present and future "The archaeological materials recovered from the Anyang excavations ... in the period between 1928 and 1937...have laid a new foundation for the study of ancient China (Li, C. 1977: ix)." When inscribed oracle bones and enormousmaterial remains were found through scientific excavation in Anyang in 1928, the historicity of the Shang dynasty was confirmed beyond dispute for the first time (Li, C. 1977: ix-xi). This excavation thus marked the beginning of a modern Chinese archaeology endowed with great potential to reveal much of China's ancient history.. Half a century later, Chinese archaeology had made many unprecedented discoveries which surprised the world, leading Glyn Daniel to believe that "a new awareness of the importance of China will be a key development in archaeology in the decades ahead (Daniel 1981: 211). This enthusiasm was soon shared by the Chinese archaeologists when Su Bingqi announced that "the Golden Age of Chinese archaeology is arriving (Su, B. 1994: 139--140)". In recent decades, archaeology has continuously prospered, becoming one of the most rapidly developing fields in social science in China"--