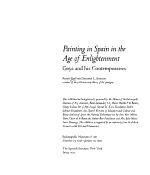 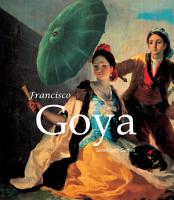 Engaging history of the rich cultural, social and political life of Spain from prehistoric times to the present. 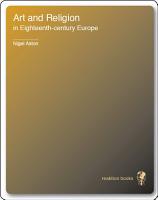 Eighteenth-century Europe witnessed monumental upheavals in both the Catholic and Protestant faiths and the repercussions rippled down to the churches’ religious art forms. Nigel Aston now chronicles here the intertwining of cultural and institutional turmoil during this pivotal century. The sustained popularity of religious art in the face of competition from increasingly prevalent secular artworks lies at the heart of this study. Religious art staked out new spaces of display in state institutions, palaces, and private collections, the book shows, as well as taking advantage of patronage from monarchs such as Louis XIV and George III, who funded religious art in an effort to enhance their monarchial prestige. Aston also explores the motivations and exhibition practices of private collectors and analyzes changing Catholic and Protestant attitudes toward art. The book also examines purchases made by corporate patrons such as charity hospitals and religious confraternities and considers what this reveals about the changing religiosity of the era as well. An in-depth historical study, Art and Religion in Eighteenth-Century Europe will be essential for art history and religious studies scholars alike. 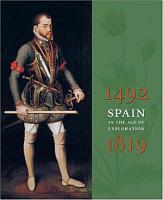 This publication accompanies an exhibition of approximately 120 works of art and science loaned mostly from the Royal Collection of Spain (Patrimonio Nacional) to the Seattle Art Museum. Featuring the work of such artists as Bosch, Titian, El Greco, Bernini, Vel¾zquez, Murillo, Zubar¾n, and Goya, this publication includesøpaintings, sculpture, tapestries, scientific instruments, maps, armor, books, and documents. Eight essays provide historical context and artistic explication. Chronologically organized, the book charts the evolution of Spanish attitudes toward knowledge, exploration, and faith during three dynasties of Spain?s golden age, when the fervor for scientific and geographical knowledge coexisted with the expansion of empire and promotion of Christianity. The four themes of the exhibition are: The Image of Empire; Spirituality and Worldliness; Encounters across Cultures; Science and the Court. Spain in the Age of Exploration, 1492?1819, presents art and science from one of the most ambitious, magnificent, and complex enterprises in history.

Historical Dictionary of Rococo Art covers all aspects of Rococo art history through a chronology, an introductory essay, a review of the literature, an extensive bibliography, and over 350 cross-referenced dictionary entries on prominent Rococo painters, sculptors, decorative artists, architects, patrons, theorists, and critics, as well as major centers of artistic production. This book is an excellent access point for students, researchers, and anyone wanting to know more about Rococo art.

According to national legend, Havana, Cuba, was founded under the shade of a ceiba tree whose branches sheltered the island's first Catholic mass and meeting of the town council (cabildo) in 1519. The founding site was first memorialized in 1754 by the erection of a baroque monument in Havana's central Plaza de Armas, which was reconfigured in 1828 by the addition of a neoclassical work, El Templete. Viewing the transformation of the Plaza de Armas from the new perspective of heritage studies, this book investigates how late colonial Cuban society narrated Havana's founding to valorize Spanish imperial power and used the monuments to underpin a local sense of place and cultural authenticity, civic achievement, and social order. Paul Niell analyzes how Cubans produced heritage at the site of the symbolic ceiba tree by endowing the collective urban space of the plaza with a cultural authority that used the past to validate various place identities in the present. Niell's close examination of the extant forms of the 1754 and 1828 civic monuments, which include academic history paintings, neoclassical architecture, and idealized sculpture in tandem with period documents and printed texts, reveals a "dissonance of heritage"—in other words, a lack of agreement as to the works' significance and use. He considers the implications of this dissonance with respect to a wide array of interests in late colonial Havana, showing how heritage as a dominant cultural discourse was used to manage and even disinherit certain sectors of the colonial population.

Explore the rich history and influence of Christian art from Antiquity to the present day. Michelle Brown traces the rich history of Christian art, crossing boundaries to explore how art has reflected and stimulated a response to the teachings of Christ, and to Christian thought and experience across the ages. Embracing much of the history of art in the West and parts of the Middle East, Africa, Asia, the Americas and Australasia, Michelle considers art of the earliest Christians to the modern day. Featuring articles by invited contributors on subjects including Icons; Renaissance Florence; Rubens and the Counter-Reformation; Religious Folk Art; Jewish Artists; Christian Themes; Making the St John’s Bible, and Christianity and Contemporary Art in North America, Christian Art is an ideal survey of the subject for all those interested in the world’s artistic heritage. •? Comprehensive and authoritative text from the Early Christian period to the modern day •? Wide international coverage •? Feature articles on special subjects by a team of experts from around the world 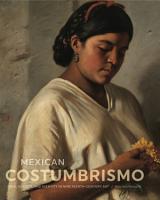 The years following Mexican independence in 1821 were critical to the development of social, racial, and national identities. The visual arts played a decisive role in this process of self-definition. Mexican Costumbrismo reorients current understanding of this key period in the history of Mexican art by focusing on a distinctive genre of painting that emerged between 1821 and 1890: costumbrismo. In contrast to the neoclassical work favored by the Mexican academy, costumbrista artists portrayed the quotidian lives of the lower to middle classes, their clothes, food, dwellings, and occupations. Based on observations of similitude and difference, costumbrista imagery constructed stereotypes of behavioral and biological traits associated with distinct racial and social classes. In doing so, Mey-Yen Moriuchi argues, these works engaged with notions of universality and difference, contributed to the documentation and reification of social and racial types, and transformed the way Mexicans saw themselves, as well as how other nations saw them, during a time of rapid change for all aspects of national identity. Carefully researched and featuring more than thirty full-color exemplary reproductions of period work, Moriuchi’s study is a provocative art-historical examination of costumbrismo’s lasting impact on Mexican identity and history. E-book editions have been made possible through support of the Art History Publication Initiative (AHPI), a collaborative grant from the Andrew W. Mellon Foundation.

A Guide to Eighteenth-Century Art offers an introductory overview of the art, artists, and artistic movements of this exuberant period in European art, and the social, economic, philosophical, and political debates that helped shape them. Covers both artistic developments and critical approaches to the period by leading contemporary scholars Uses an innovative framework to emphasize the roles of tradition, modernity, and hierarchy in the production of artistic works of the period Reveals the practical issues connected with the production, sale, public and private display of art of the period Assesses eighteenth-century art’s contribution to what we now refer to as ‘modernity’ Includes numerous illustrations, and is accompanied by online resources examining art produced outside Europe and its relationship with the West, along with other useful resources

Fulfilling the need for English-source material on contemporary Spain, this book supplies readers with an in-depth, interdisciplinary guide to the country of Spain and its intricate, diverse culture. • Serves as a general reference guide to Spain that presents historical information as well as details about everyday life in modern-day Spain • Covers a huge variety of topics ranging from sports and literature to gastronomy and geography • Addresses virtually every issue and concern related to 21st-century Spain • Provides the most up-to-date facts in a fair, unprejudiced manner • Connects relevant aspects of Spain with those of other countries, giving readers perspective into the obvious differences and subtle nuances between unfamiliar cultures 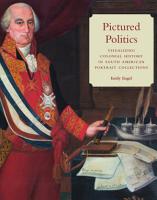 The Spanish colonial period in South America saw artists develop the subgenre of official portraiture, or portraits of key individuals in the continent’s viceregal governments. Although these portraits appeared to illustrate a narrative of imperial splendor and absolutist governance, they instead became a visual record of the local history that emerged during the colonial occupation. Using the official portrait collections accumulated between 1542 and 1830 in Lima, Buenos Aires, and Bogota as a lens, Pictured Politics explores how official portraiture originated and evolved to become an essential component in the construction of Ibero-American political relationships. Through the surviving portraits and archival evidence—including political treatises, travel accounts, and early periodicals—Emily Engel demonstrates that these official portraits not only belie a singular interpretation as tools of imperial domination but also visualize the continent's multilayered history of colonial occupation. The first standalone analysis of South American portraiture, Pictured Politics brings to light the historical relevance of political portraits in crafting the history of South American colonialism.

Positions works of art in illustration groups to create a visual environment and historical context to enhance understanding and appreciation.

Eve's portrayal in the Bible as a sinner and a temptress seemed to represent -- and justify -- women's inferior position in society for much of history. During the Enlightenment, women challenged these traditional gender roles by joining the public sphere as writers, intellectuals, philanthropists, artists, and patrons of the arts. Some sought to reclaim Eve by recasting her as a positive symbol of women's abilities and intellectual curiosity. In Eve's Enlightenment, leading scholars in the fields of history, art history, literature, and psychology discuss how Enlightenment philosophies compared to women's actual experiences in Spain and Spanish America during the period. Relying on newspaper accounts, poetry, polemic, paintings, and saints' lives, this diverse group of contributors discuss how evolving legal, social, and medical norms affected Hispanic women and how art and literature portrayed them. Contributors such as historians Mónica Bolufer Peruga and María Victoria López-Cordón Cortezo, art historian Janis A. Tomlinson, and literary critic Rebecca Haidt also examine the contributions these women's experiences make to a transatlantic understanding of the Enlightenment. A common theme unites many of the essays: while Enlightenment reformers demanded rational equality for men and women, society increasingly emphasized sentiment and passion as defining characteristics of the female sex, leading to deepening contradictions. Despite clear gaps between Enlightenment ideals and women's experiences, however, the contributors agree that the women of Spain and Spanish America not only took part in the social and cultural transformations of the time but also exerted their own power and influence to help guide the Spanish-speaking world toward modernity. The first interdisciplinary collection published in English, Eve's Enlightenment offers a wealth of information for scholars of eighteenth-century Spanish history, literature, art history, and women's studies. An introduction by editors Catherine M. Jaffe and Elizabeth Franklin Lewis provides helpful historical and contextual information.