Twenty-seven scholars gather to honor George Nickelsburg in this collection of essays that uses his methods to examine the reuse or reinterpretation of authoritative tradition in early Judaism and Christianity.

According to the American dream, hard work and a good education can lift people from poverty to success in the "land of opportunity." The unskilled immigrants who came to the United States from southern, central, and eastern Europe in the late 19th and early 20th centuries largely realized that vision. Within a few generations, their descendants rose to the middle class and beyond. But can today's unskilled immigrant arrivals—especially Mexicans, the nation's most numerous immigrant group—expect to achieve the same for their descendants? Social scientists disagree on this question, basing their arguments primarily on how well contemporary arrivals are faring. In Italians Then, Mexicans Now, Joel Perlmann uses the latest immigration data as well as 100 years of historical census data to compare the progress of unskilled immigrants and their American-born children both then and now. The crucial difference between the immigrant experience a hundred years ago and today is that relatively well-paid jobs were plentiful for workers with little education a hundred years ago, while today's immigrants arrive in an increasingly unequal America. Perlmann finds that while this change over time is real, its impact has not been as strong as many scholars have argued. In particular, these changes have not been great enough to force today's Mexican second generation into an inner-city "underclass." Perlmann emphasizes that high school dropout rates among second-generation Mexicans are alarmingly high, and are likely to have a strong impact on the group's well-being. Yet despite their high dropout rates, Mexican Americans earn at least as much as African Americans, and they fare better on social measures such as unwed childbearing and incarceration, which often lead to economic hardship. Perlmann concludes that inter-generational progress, though likely to be slower than it was for the European immigrants a century ago, is a reality, and could be enhanced if policy interventions are taken to boost high school graduation rates for Mexican children. Rich with historical data, Italians Then, Mexicans Now persuasively argues that today's Mexican immigrants are making slow but steady socio-economic progress and may one day reach parity with earlier immigrant groups who moved up into the heart of the American middle class. Copublished with the Levy Economics Institute of Bard College 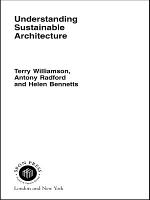 Understanding Sustainable Architecture is a review of the assumptions, beliefs, goals and bodies of knowledge that underlie the endeavour to design (more) sustainable buildings and other built developments. Much of the available advice and rhetoric about sustainable architecture begins from positions where important ethical, cultural and conceptual issues are simply assumed. If sustainable architecture is to be a truly meaningful pursuit then it must be grounded in a coherent theoretical framework. This book sets out to provide that framework. Through a series of self-reflective questions for designers, the authors argue the ultimate importance of reasoned argument in ecological, social and built contexts, including clarity in the problem framing and linking this framing to demonstrably effective actions. Sustainable architecture, then, is seen as a revised conceptualisation of architecture in response to a myriad of contemporary concerns about the effects of human activity. The aim of this book is to be transformative by promoting understanding and discussion of commonly ignored assumptions behind the search for a more environmentally sustainable approach to development. It is argued that design decisions must be based on both an ethical position and a coherent understanding of the objectives and systems involved. The actions of individual designers and appropriate broader policy settings both follow from this understanding.

"Despite the common perception that most persons of Mexican origin in the U.S are undocumented immigrants or the young children of immigrants, the majority are citizens and have been living in the U.S. for three or more generations. This group initially makes strides on education, English language use, socioeconomic status, intermarriage, residential segregation, and political participation, but progress halts at the second generation as poverty rates remain high, educational attainment declines for the third and fourth generations, and ethnic identity remains generally strong. In these ways, the experience of Mexican Americans differs considerably from previous waves of white European immigrants that were incorporated and assimilated fully into the mainstream within two or three generations. This book examines what ethnicity means and how it is negotiated in the lives of multiple generations of Mexican Americans. Rooted in a large-scale longitudinal and representative survey of 1,500 Mexican Americans living in the West across 35 years, Telles and Sue draw on 72 in-depth interviews to examine individual ethnic strategies and demonstrate that integration is often a process that varies by individual rather than a one-way movement. They detail the myriad ways Mexican Americans understand themselves in relation to their ethnicity, how ethnic identity is often consequential rather than symbolic or optional, that ethnic identity and national identity often co-exist, the meaning of speaking or not speaking Spanish, and their attitudes towards immigration. Telles and Sue are able to show how, when, and why ethnicity matters or does not for multiple generations of Mexican Americans and argue their experiences lie somewhere between Mexican and American."-- 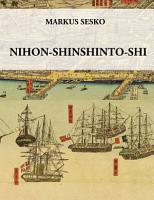 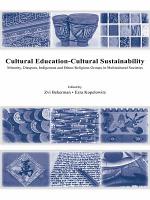 This volume is a path-breaking contribution to the study of efforts of diaspora, indigenous, and minority groups, broadly defined, to use education (formal and informal) to sustain cultural continuity while grappling with the influences and demands of wider globalizing, nationalizing, or other homogenizing and assimilatory forces. Particular attention is given to groups that use educational elements other than second-language teaching alone in programs to sustain their particular cultural traditions. The focus of the book on cultural sustainability changes the nature of questions posed in multicultural education from those that address the opening of boundaries to issues of preserving boundaries in an open yet sustainable way. As forced and elective immigration trends are changing the composition of societies and the educational systems within them -- bringing a rich diversity of cultural experience to the teaching/learning process -- diaspora, indigenous, and minority groups are looking more and more for ways to sustain their cultures in the context of wider socio-political influences. This volume is a first opportunity to consider critically multicultural efforts in dialogue with educational options that are culturally particularistic but at the same time tolerant. Academics will find this an excellent reference book. Practitioners will draw inspiration in learning of others’ efforts to sustain cultures, and will engage in critical reflection on their own work vis-à-vis that of others. Teachers will realize they do not stand alone in their educational efforts and will uncover new strategies and methodologies through which to approach their work. 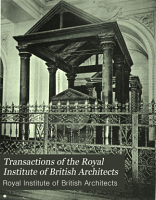 Too often, says Jennifer L. Goloboy, we equate being middle class with “niceness”—a set of values frozen in the antebellum period and centered on long-term economic and social progress and a close, nurturing family life. Goloboy’s case study of merchants in Charleston, South Carolina, looks to an earlier time to establish the roots of middle-class culture in America. She argues for a definition more applicable to the ruthless pursuit of profit in the early republic. To be middle class then was to be skilled at survival in the market economy. What prompted cultural shifts in the early middle class, Goloboy shows, were market conditions. In Charleston, deference and restraint were the bywords of the colonial business climate, while rowdy ambition defined the post-Revolutionary era, which in turn gave way to institution building and professionalism in antebellum times. Goloboy’s research also supports a view of the Old South as neither precapitalist nor isolated from the rest of American culture, and it challenges the idea that post-Revolutionary Charleston was a port in decline by reminding us of a forgotten economic boom based on slave trading, cotton exporting, and trading as a neutral entity amid warring European states. This fresh look at Charleston’s merchants lets us rethink the middle class in light of the new history of capitalism and its commitment to reintegrating the Old South into the world economy.