A collection of essays exploring the impact on Welsh culture of one of the most exciting periods in history, the decades surrounding the French Revolution of 1789.

The late eighteenth century was one of the most exciting and unsettling periods in European history, with the shock-waves of the French Revolution rippling around the world. As this collection of essays by leading scholars shows, Wales was no exception. From political pamphlets to a Denbighshire folk-play, from bardic poetry to the remodelling of the Welsh landscape itself, responses to the revolutionary ferment of ideas took many forms. We see how Welsh poets and preachers negotiated complex London–Wales networks of patronage and even more complex issues of national and cultural loyalty; and how the landscape itself is reimagined in fiction, remodelled à la Rousseau, while it rapidly emptied as impoverished farming families emigrated to the New World. Drawing on a wealth of vibrant material in both Welsh and English, much of it unpublished, this collection marks another important contribution to ‘four nations’ criticism, and offers new insights into the tensions and flashpoints of Romantic-period Wales.

This anthology presents a selection of the poems with which Welsh writers living in Wales and London participated, through the medium of Welsh, to the controversy in Britain surrounding the French Revolution. These Welsh poems have been edited and translated into English for the first time ever. It also considers the cultural inheritance of the French Revolution in eisteddfodic poetry and poems to national heroes in which the competing notions of Welshness and Britishness come to the fore.

Born in the village of Llangeinor, near Bridgend in south Wales, Richard Price (1723–91) was, to his contemporaries, an apostle of liberty, an enemy to tyranny and a great benefactor of the human race. His friend Benjamin Franklin described aspects of his work as ‘the foremost production of human understanding that this century has afforded us’. A supporter of the American and French Revolutions, Price corresponded with the likes of Jefferson, Adams, Washington, Mirabeau and Condorcet. In November 1789 he publicly welcomed the start of the French Revolution and thus inspired not only Edmund Burke to write his rebuttal in Reflections on the Revolution in France, but also the Revolution Controversy, ‘the most crucial ideological debate ever carried on in English’. Price also brought to world attention the Bayes-Price Theorem on probability, which is the invisible background to so much in modern life, and wrote a fundamental text on moral philosophy. Yet, despite all this and more, he remains little-known beyond academia, a situation that this biography helps to rectify. Liberty’s Apostle tells his life story through his published works and, fully for the first time, his now published correspondence with a host of eighteenth century celebrities. The life revealed is of a truly remarkable Welshman and, as Condorcet remarked, of ‘one of the formative minds’ of the eighteenth century Enlightenment.

Pamphleteering was a vital component of the popular political discussion opened up by the French Revolution of 1789, but while the English pamphlet wars have been exhaustively explored, Welsh pamphlet literature has been ignored. During the fifteen years following the French Revolution of 1789, over 100 Welsh pamphlets and sermons engaged in a public discourse which discussed the larger issues raised by the Revolution and the war against the French Republic. This pioneering volume seeks to capture the excitement of the period by demonstrating how radicals and loyalists, Dissenters, Methodists and Churchmen, pacifists and warmongers engaged in a lively argument in their published works. An in-depth essay reviews and interprets texts written by artisans, Dissenting ministers, country curates and Anglican bishops, who all used religion as politics; promoted war or peace; argued over republicanism and loyalism, and utilized the law as a stage for political ideas. All texts are fully translated and thus made accessible to an English-speaking audience for the first time.

In July 1789 George Cadogan Morgan, born in Bridgend, Wales, and the nephew of the celebrated radical dissenter Richard Price (1723-91), found himself caught up in the opening events of the French Revolution and its consequences. In 1808, his family left Britain for America where his son, Richard Price Morgan, travelled extensively, made a descent of the Ohio and Mississippi Rivers by raft and helped build some of the early American railroads. The adventures of both men are related here via letters George sent home to his family from France and through the autobiography written by his son in America.

The serial literature current in Wales between 1789 and 1802 is the most important public repository of radical, loyalist and patriotic Welsh responses to the French Revolution and the Revolutionary Wars. This anthology presents a selection of poetry and prose published in the annual Welsh almanacs, the English provincial newspapers published close to Wales’s border and the three radical Welsh periodicals of the mid-1790s, together with translations of the Welsh texts. An extended introduction sketches out the printing culture of Wales, analyses its public discourse and interprets the Welsh voices in their British political context.

Welsh Ballads of the French Revolution provides for the first time an edition, with parallel English translations, of Welsh-language ballads composed in reaction to the momentous events of the Revolution in France and the two decades of war which followed. Ballad writers were first spurred to respond in 1793, when the French monarchs were executed, France declared war upon Britain, and paranoia regarding the possible threat of internal revolt in Britain reached a crisis point. As the decade proceeded, ballads were sung in thanks for the victory of British forces and local people against an invasion of Pembrokeshire by French troops, and in reaction to key naval battles and to the extensive mobilization of militia and volunteer forces. Scholars working on the British response to the Revolution have showed increasing interest in exploring the contents of ballads and songs. The ballad in particular is seen as a vital source of information, since it represents ordinary people’s awareness of the developments of the period. Balladry is also subject to continued research within Welsh scholarship, and this volume, with its focus on a clearly defined historical period and its revelation of new voices within the canon of Welsh ballad writers, will drive this field of study forwards. Regional reactions to the Revolution within the British Isles are also now seen as crucially important, but Wales, partly because of the inaccessibility of material composed in the Welsh language, has repeatedly been omitted from the general picture. This volume aids in rectifying this situation, ensuring (by use of translation, copious contextualizing notes, and a lengthy introduction) that both the ballad genre and Welsh reactions receive the attention they deserve from the wider scholarly community. 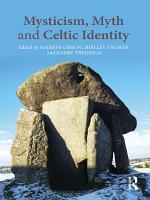 Mysticism, Myth and Celtic Identity explores how the mythical and mystical past informs national imaginations. Building on notions of invented tradition and myths of the nation, it looks at the power of narrative and fiction to shape identity, with particular reference to the British and Celtic contexts. The authors consider how aspects of the past are reinterpreted or reimagined in a variety of ways to give coherence to desired national groupings, or groups aspiring to nationhood and its 'defence'. The coverage is unusually broad in its historical sweep, dealing with work from prehistory to the contemporary, with a particular emphasis on the period from the eighteenth century to the present. The subject matter includes notions of ancient deities, Druids, Celticity, the archaeological remains of pagan religions, traditional folk tales, racial and religious myths and ethnic politics, and the different types of returns and hauntings that can recycle these ideas in culture. Innovative and interdisciplinary, the scholarship in Mysticism, Myth and Celtic Identity is mainly literary but also geographical and historical and draws on religious studies, politics and the social sciences. Thus the collection offers a stimulatingly broad number of new viewpoints on a matter of great topical relevance: national identity and the politicization of its myths.

This new selection of Anglophone Welsh poetry presents a range of literary responses to the French Revolution and the ensuing wars with France, a period in which Wales and its history became prime imaginative territory for poets of all political sympathies.

The Oxford Handbook of British Romanticism offers a comprehensive guide to the literature and thought of the Romantic period, and an overview of the latest research on this topic. Written by a team of international experts, the Handbook analyses all aspects of the Romantic movement, pinpointing its different historical phases and analysing the intellectual and political currents which shaped them. It gives particular attention to devolutionary trends, exploring the English, Scottish, Welsh, and Irish strands in 'British' Romanticism and assessing the impact of the constitutional changes that brought into being the 'United Kingdom' at a time of revolutionary turbulence and international conflict. It also gives extensive coverage to the publishing and reception history of Romantic writing, highlighting the role of readers, reviewers, publishers, and institutions in shaping Romantic literary culture and transmitting its ideas and values. Divided into ten sections, each containing four or five chapters, the Handbook covers key themes and concepts in Romantic studies as well as less chartered topics such as freedom of speech, literature and drugs, Romantic oratory, and literary uses of dialect. All the major male and female Romantic authors are included along with numerous lesser-known writers, the emphasis throughout being on the diversity of Romantic writing and the complexities and internal divisions of the culture that sustained it. The volume strikes a balance between familiarity and novelty to provide an accessible guide to current thinking and a conceptual reorganization of this fast-moving field.

Identity, Intertextuality, and Performance in Early Modern Song Culture for the first time explores comparatively the dynamic process of group formation through the production and appropriation of songs in various European countries and regions.

Between Wales and England is an exploration of eighteenth-century anglophone Welsh writing by authors for whom English-language literature was mostly a secondary concern. In its process, the work interrogates these authors’ views on the newly-emerging sense of ‘Britishness’, finding them in many cases to be more nuanced and less resistant than has generally been considered. It looks primarily at the English-language works of Lewis Morris, Evan Evans, and Edward Williams (Iolo Morganwg) in the context of both their Welsh- and English-language influences and time spent travelling between the two countries, considering how these authors responded to and reimagined the new national identity through their poetry and prose.

This collection of essays looks at the interactions between history and literature in the Romantic period, focusing on practical as well as theoretical interconnections between the two genres and disciplines. It argues not only that experiments in literary writing intersected with concurrent experiments and innovations in historical writing, but also that the questions raised in the period about the role of feeling, sentiment, and the imagination in historicalwriting are still resonating in historical debates today. It therefore also considers current debates about the philosophy of history and literature.

This is the first title in a new series called Poetry and Song in the Age of Revolution. This series will appeal to those involved in English literary studies, as well as those working in fields of study that cover Enlightenment, Romanticism and Revolution in the last quarter of the eighteenth century.