A last surviving child of Benito Mussolini shares insights into his father's life, describing such topics as Il Duce's relationship with his family and mistresses, beliefs about education and the arts, partnership with Adolf Hitler, and anticipation of the loss of World War II. 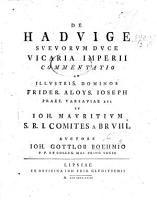 With his signature insight and compelling style, Christopher Hibbert explains the extraordinary complexities and contradictions that characterized Benito Mussolini. Mussolini was born on a Sunday afternoon in 1883 in a village in central Italy. On a Saturday afternoon in 1945 he was shot by Communist partisans on the shores of Lake Como. In the sixty-two years in between those two fateful afternoons Mussolini lived one of the most dramatic lives in modern history. Hibbert traces Mussolini's unstoppable rise to power and details the nuances of his facist ideology. This book examines Mussolini's legacy and reveals why he continues to be both revered and reviled by the Italian people.

Account of the rise and fall of Mussolini from 1922 to 1945 based on interviews with 454 persons and extensive research. 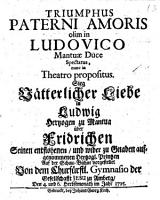 A brilliant young historian follows the odyssey of Mussolini's body in an original exploration of the history and legacy of Italian Fascism Bullet-ridden, spat on, butchered bloody: this was the fate of Il Duce, strung up beside his dead mistress in a Milan square, as reviled in death as he was adored in life. With Italy's defeat in World War II, the cult of Benito Mussolini's physical self was brought to its grotesque denouement by a frenzied, jeering crowd of thousands-one eerily similar to the cheering throngs that had once roared their approval beneath Il Duce's balcony. In this groundbreaking work, Sergio Luzzatto traces the fortunes of the Fascist dictator's body: from his charisma, virility, and magnetic domination of Fascist parades, to his humiliating execution, the ugly display of his remains, and beyond. Buried, exhumed, stolen, and hidden for ten years, Il Duce's corpse was finally laid to rest, a shrine for fanatical followers. Through this pursuit, Luzzatto shows how in a totalitarian state the body of the ruler comes to incarnate the nation. And from the indignities visited on Mussolini's corpse, Luzzatto crafts a subtle social and intellectual history of a country struggling to become a republic and free itself from the thrall of Fascism. Elegantly written and stunningly conceived, alive with never-before-published letters, diaries, and reports, The Body of Il Duce cuts a new and compelling path through twentieth-century history. 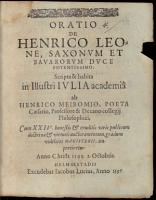